There are two flags on the play…

Stagnant.  That’s about the best assessment we can offer for the last quarter of 2012 with regard to the labor picture.  That wouldn’t be so bad if we were stagnant at a much higher point.  There are some small positives hiding under the bigger negatives but they essentially offset kind of like a 15 yard penalty on the defense can be offset by a 5 yard infraction against the offense during the same play.  So, STAGNANT.

What does that mean?  We’ll actually let the charts do the heavy lifting this month but those with a Bachelor’s or higher and are over 25 are still unemployed at 3.9%.  That’s never been this high for this long since records have been kept.  Any movement in the unemployment rate has coincided with an offsetting move in the labor force size.  This has, of course, been a theme for that last couple of years where an increase in the rate was not necessarily “bad” and a decrease was not necessarily “good.”  The bottom line continues to be a pattern inconsistent with any meaningful economic recovery the likes of which we have been used to.  If you missed the post that demonstrated this graphically you should have a look at it as the pattern has not changed.  http://ht.ly/gxvMt

So, what are some of the positives we mentioned?  Wage increases in a few areas actually outpaced inflation last month and the number of those reporting at work part time because they couldn’t find enough to do or a full time gig was down a bit. 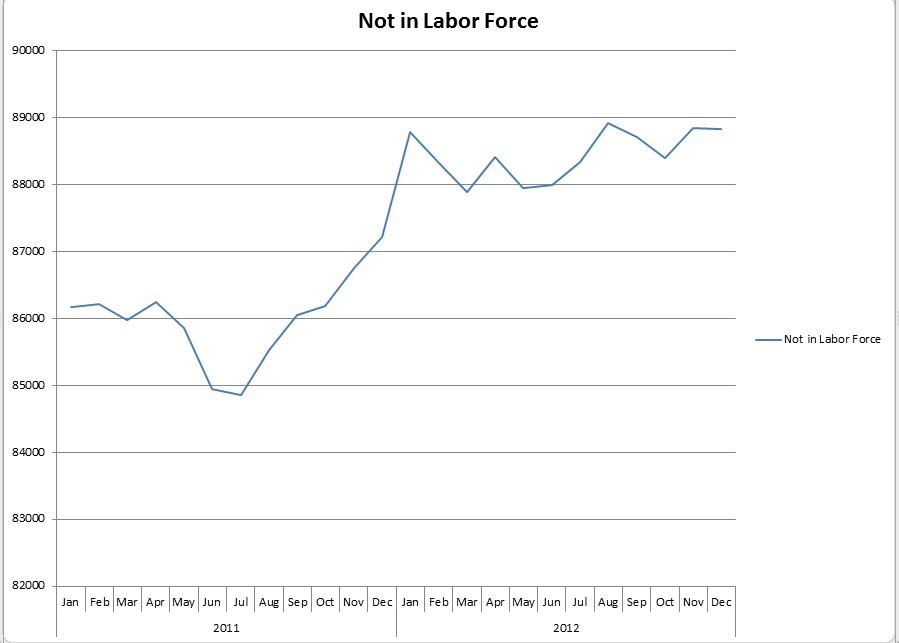 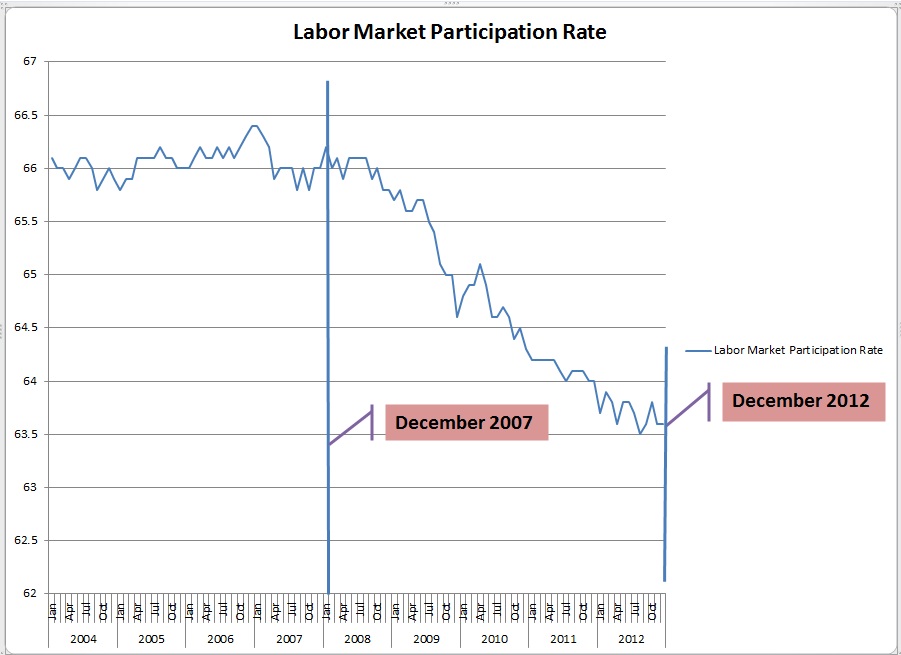 We mention this occasionally and the first post of a new year always seems a good time to reiterate that there is a tendency to categorize data as “good” or “bad.”  From our point of view the data is neither.  It’s just data.   Our job is to help businesses and investors react appropriately to the data at a point somewhere between cautious and aggressive.  For a while all the data pointed distinctly toward caution.  The last few weeks we’ve seen conflicting signals intra and inter reporting.  For us, that is more cautionary than definable trends for obvious reasons.  We’ll need to watch very closely over the coming weeks to see if any meaningful patterns develop in either direction.  In the meantime we’d lobby the refs to throw a flag for roughing the analysts!

Thanks for reading, HAPPY NEW YEAR and please, stay tuned…