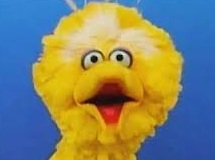 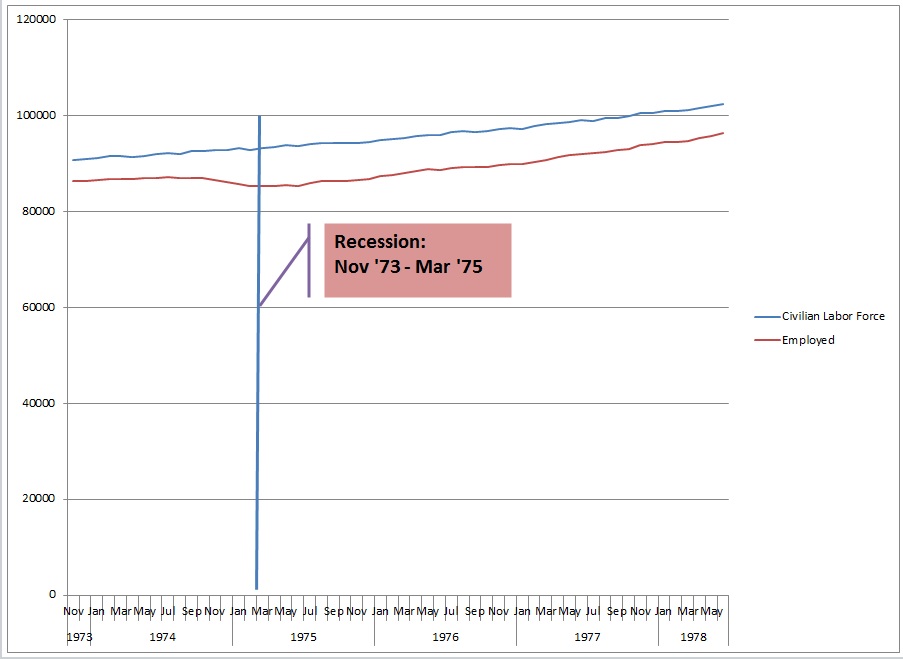 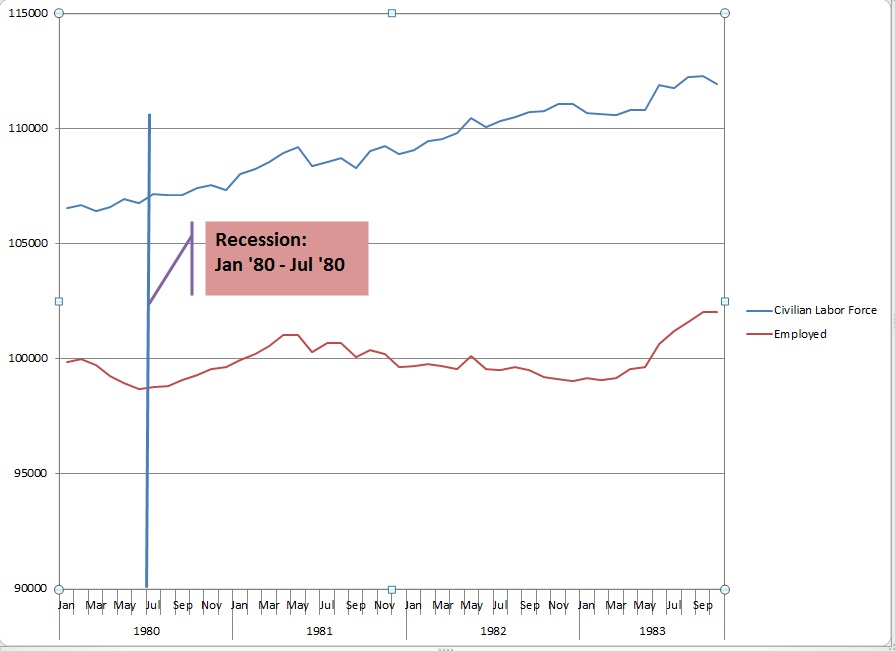 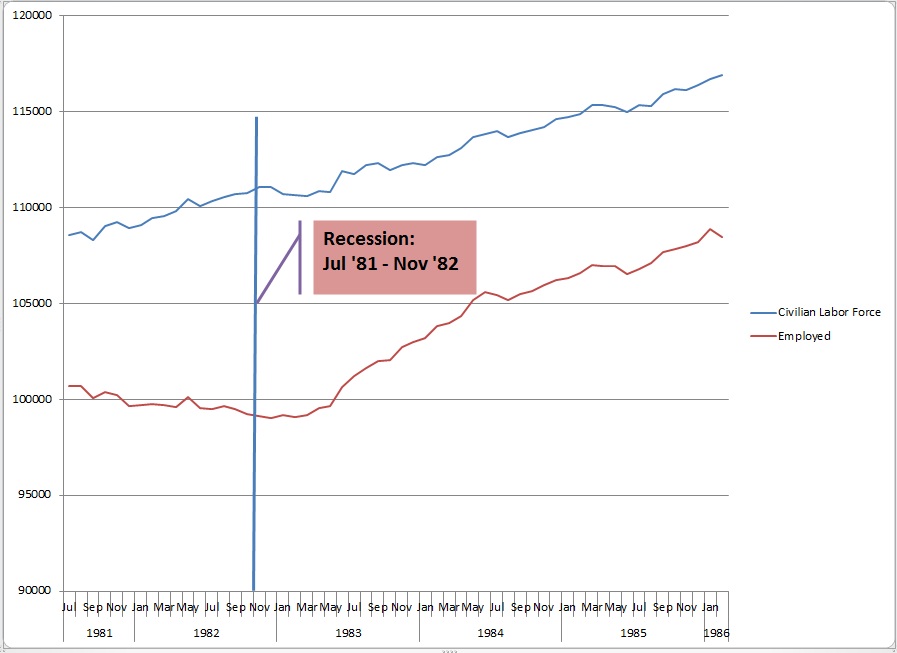 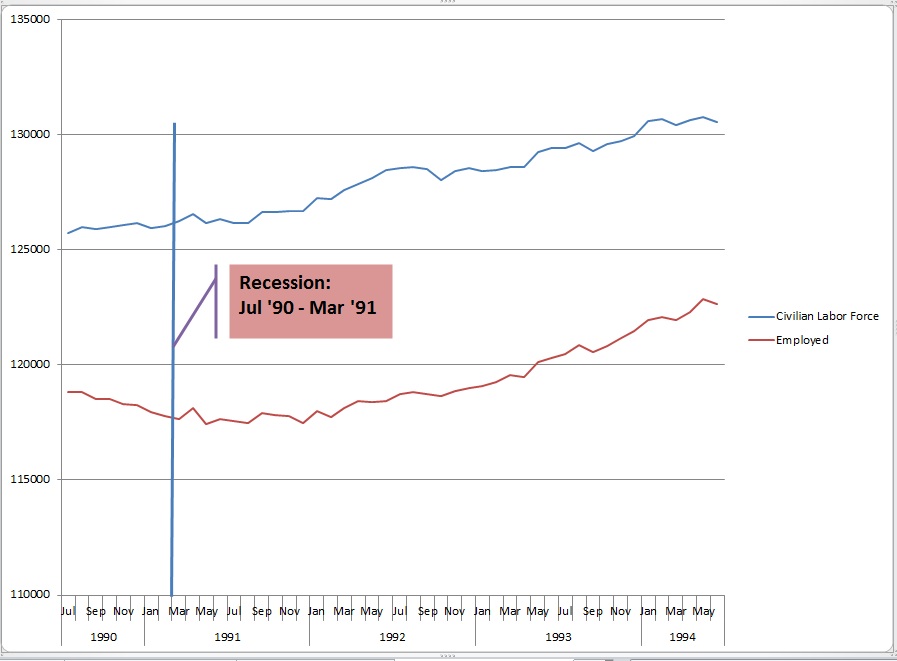 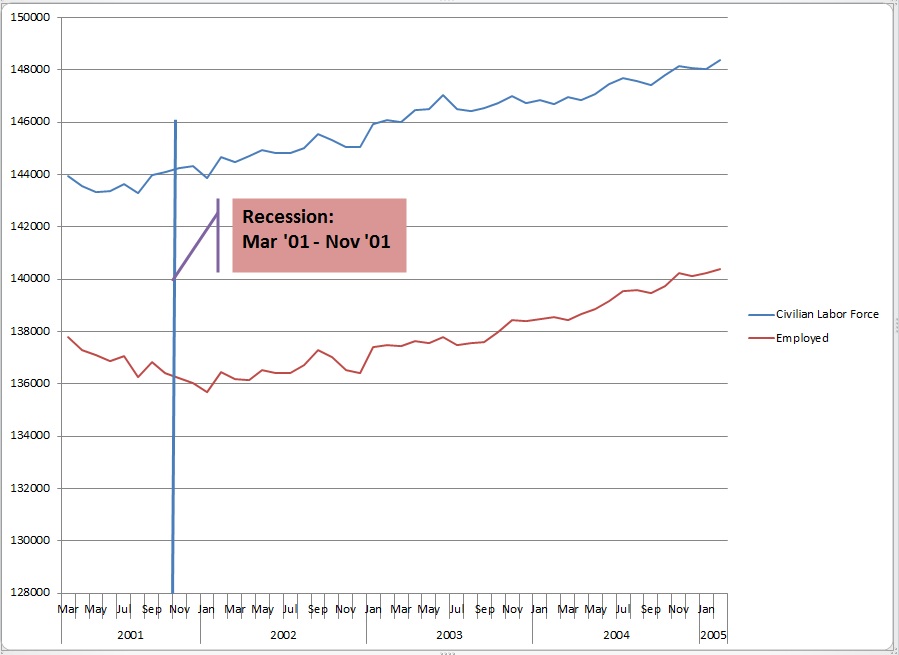 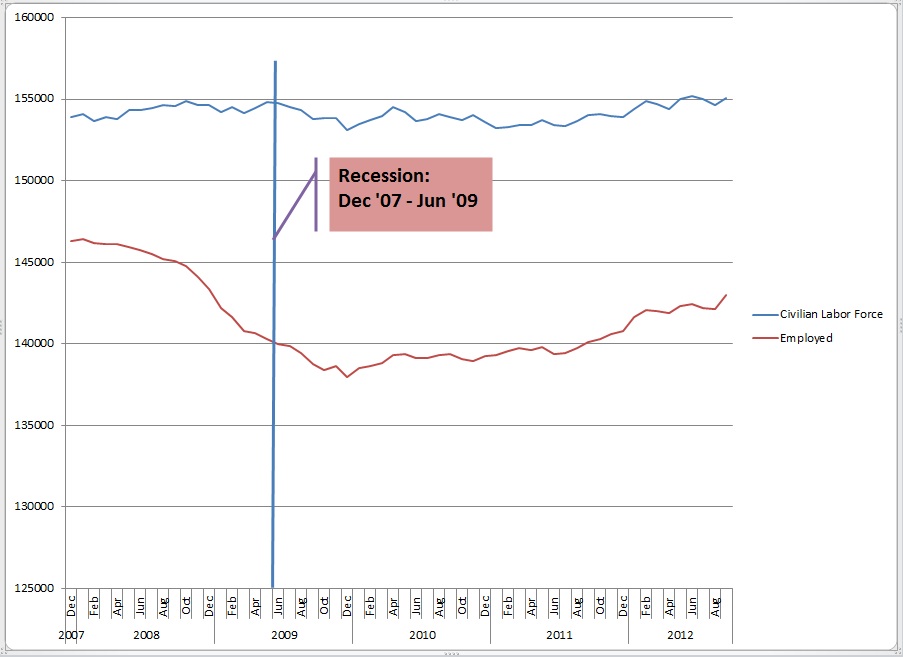 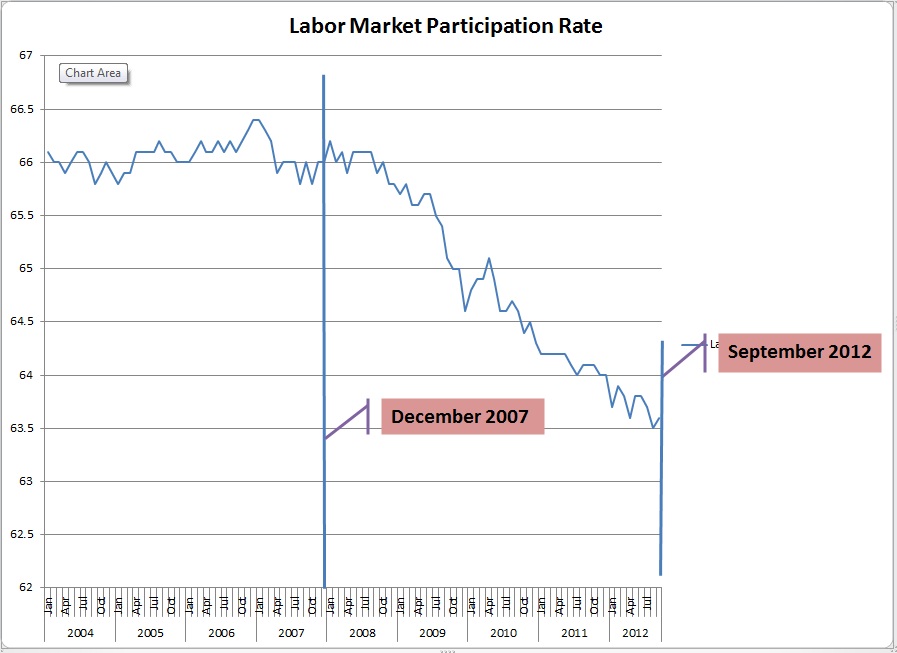 The public markets work on one level and businesses work on another level.  The markets are very reactionary to data points whereas businesses need to pay attention to trends and trends are what give us actionable intelligence.  We hear the cheers coming from the markets this morning because the jobs report was “better” than last month.  That’s not saying much.  As it turns out it was only 7 thousand jobs better which, as you intuitively know, can’t drop the unemployment rate by .3 percent.  But better is better and that’s good enough for the markets.  After all, since when do we cheer 7.8% unemployment over three years into a “recovery?”

We continue to see the effect of a smaller labor force relative to job gains that bring the unemployment rate down artificially.  We say artificially because we can’t improve the labor market by making it smaller.   These points are validated by the flat employment population ratios and participation rates.

We have demonstrated this phenomenon, graphically, over the course of this year but it has never been as striking as it is for September.  Did the labor market grow in September?  Yes…but it did not even match the high for this year and it grew by a much smaller percentage than the number of jobs.  That, in the land of percentages, could be a good thing so let’s consider the actual numbers.

Keep in mind that we need about 250,000 jobs per month just to break even.

For 2012 we are averaging 143 thousand jobs per month and the heft of that average comes from the first quarter.  In 2011 we averaged 153 thousand jobs per month.  Both are well below where we need to be but the trend is what’s important and the trend is negative.  Each month we are flirting with new private jobs at or below 100 thousand.  September payrolls grew by only 114 thousand.  Of that, 10 thousand came from government, leaving the private sector at only 104 thousand new jobs, exceeding August by just 7 thousand jobs.  See why we consider the public markets reactionary?

Here is the chart showing the artificial improvement in the unemployment rate. 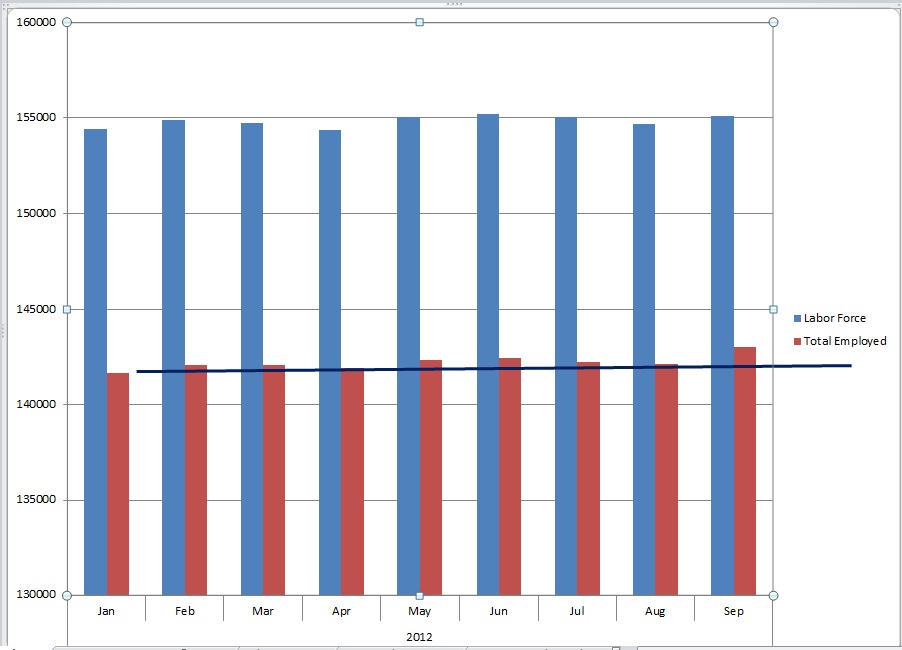 We saw downward revisions to some previous months’ wages, and some were significant.  Hours worked in construction were disappointing considering all the news we’ve been hearing about housing, lately.  It only matched this year’s February high and still averaging only 38.6 hours per week for the year. Manufacturing hours and overtime are still flat.

The 25+ with a Bachelor’s degree, or higher, are still unemployed at over 4.1% for September.  That of course, remains at rates historically never seen until this recessionary period.

The diffusion index measures whether industries are adding or losing jobs where a reading of 50 indicates an equal number of industries adding and losing jobs.  The 81 manufacturing industries stand at 39.5 and have trended down all year.

Why the jump in payrolls?  In addition to some meaningful gains in transportation, healthcare and a couple of other private service providing industries, there were significant increases in those taking temporary positions for economic reasons i.e. slack work or the inability to fins full time work.

We would be remiss if we didn’t add this to the mix.  There are shenanigans going on out there.  Earlier this week it was learned that Lockheed Martin, a major employer, was asked to withhold major layoff announcements until after the election.  This is shady enough but based on the WARN act it is reported that the company will be in violation of the law by stalling the announcements.  In exchange for compliance with the White House request the administration has, apparently, agreed to pick up any legal costs and fines.  If this is happening we would be foolish to think it is the only manipulation occurring for political reasons so keep an ear to the ground.  Follow us on Twitter (@BlueWorldMatt) to get timely content.

Corporations are warning, factory orders are falling, manufacturing employment is dwindling, politicians are playing games and the labor market is not improving.  Don’t get caught asleep at the switch.

A shout out to a good friend (Tony) who pointed this out to me; we keep saying “play defense.”  He said “ya always say that but ya never tell us what you recommend for defense if we’re talking about the markets!  Are ya ever gonna?”  Good point!  The answer is “no”, not specifically, anyway.  Whether it’s stop-loss orders, bonds, indexes, options, cash vehicles, long-short or any other safety net you or your advisors employ, make sure they’re ready.  Ride the upside as long as it lasts but keep that safety net moving up underneath you at the same time just in case any of the significant risks out there catch up to the markets.

For business owners, no such vehicles exist.  Watch your costs, be cautious in expansion and remember a cornerstone rule adopted and preached by Blue World:

Profit is Opinion.  Only Cash is Fact.