Some of the best job growth of the “RECOVERY!”

We see sentiments like that all over from the “experts” this morning.  What a great example of why reports need to be analyzed.  The number of new jobs posted was an eye-widening 288k.  That is the best figure in a LONG time.  And then…reality takes over.  For perspective, 288k would be a great number to see early in an actual recovery, but for growth periods (like the one we should be in after 8 or 9 recovery months) it would be quite on the low average side.

Take a look at the futures reaction to the news.  It’s easy to see when they started seeing the details.

We would have expected very little change over the month as there were no momentous economic or policy shifts during April that would inspire a meaningful change, and we are, unfortunately, correct.  So, let’s get to it…

As for the 288k, only 273k are private sector adds.  Of that 273k, 32k are in construction.  That number represents a catch-up spike from the weather driven slowing in the sector.   As before, the rate changed disproportionately to the number of jobs added.  The unemployment rate decline of .4% matches the decline in the participation rate…exactly!  The participation rate fell another jaw dropping .4% in a single month.  It now stands at 62.8%, which you may recall is an all-time record low set back in October of 2013 and repeated in December.  Again, for perspective, had the participation rate remained steady from last month, the unemployment rate would have risen to 6.9%.  288k looks great until we hold it up against:

The only other number one could be excited about would be the decline of 733k in the number of unemployed persons, until we realize that the those are the folks who quit looking for work a month ago so they don’t count in the rate calculation.

The length of the work week is stagnant, overtime in manufacturing was unchanged resting at 3.5 hours, earnings are flat and those employed part time for economic reasons continues to rise.

So, we’ve now established and matched the worst labor participation rate in American history three times in the last seven months with over ten million people out of work. 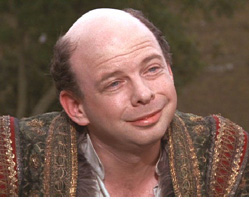