We are sending this postcard to the Experts who are cheering the last 2 month’s reports. 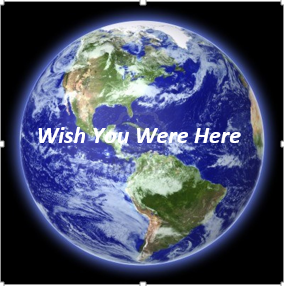 We took July 4th off and didn’t post a report.  We wrote it for the sake of data, but we figured if we didn’t feel like reading it on the 4th of July, you wouldn’t either.  Unfortunately one could read the June post and/or this one and not have missed a thing.  This is starting to feel like a soap opera in that once we know the characters we can step away for months, watch one episode and be completely back up to speed.

Will the markets like it?  Who knows (or cares)?  There has been a fundamental shift in market behavior away from economic fundamentals to a focus on government action; so who cares how they take it?  We’re concerned with providing actionable intelligence to the small and mid-sized businesses out there who provide the engine for our nation’s economic growth.  In other words, we care about reality in the real world …you know…as opposed to Planet Cubicle where the experts live, work, and analyze data!  What does the real world think of this report?  The real world knows it remains terrible.

Now that the qualitative pre-amble is over, let’s quantify “terrible.”

Last month’s 298k was actually 270k when we subtract the additions to government payrolls.  That 270 would still be a respectable number early in a recovery!  The unemployment rate decrease last month was our usual phenomenon of the labor force line and unemployed line moving in opposite directions.  That’s how we continue to claim the headline rate as reported is bogus and that position is validated by a participation rate graph that continues to make lower highs and lower lows.

Those things remain true for July.  There were only 198k new jobs once we net the private sector with government hires.  But guess what?!!  The number of those unemployed also grew by…wait for it…197k!  The rate ticked up by a tenth, but again, who cares about the rate anymore, especially as the participation rate remains in all-time record low territory at 62.9%.  25+ with a B.A. or better are STILL unemployed at rates over 3%.  The Not In Labor Force row from table A tells us there are 92M Americans who didn’t even look for work in the past month.  That number is a staggering 2M more than there were a year ago.  There were big increases in the number of those out of work for 1 to 14 weeks.  In fact, that number alone nearly eclipses the total of new hires for the month.  The length of the work week for all employees has not changed in three months while manufacturing hours and overtime both fell posting their worst numbers in the same time period.

So, to all our experts out there who exclaimed “yippee” on the BLS release dates for June and July of 2014, wish you were here!